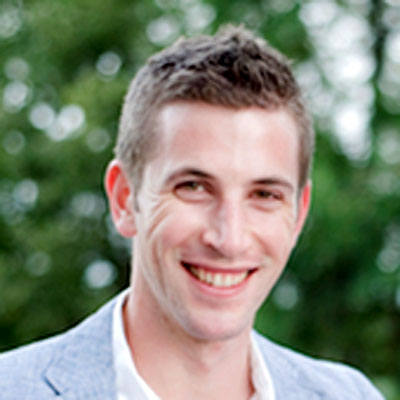 “A Changing China in a Changing World” - A speech given by Professor Thomas Hale during the Association’s Roundtable and Annual Dinner on 16 May 2018 at the Royal Garden. Professor Hale talked about how China is changing, the interdependence between China and the world, and why effective global governance is needed for a changing China.

My remarks tonight seek to cover three points: how China is changing, how global governance is changing, and how we can make these changes work for China and work for the world. As will become apparent, the next generation of public servants, like the Kwok Scholars gathered here tonight, have a critical role to play in making these transformations succeed.

While the Chinese Dream presents an attractive vision for the country’s future, some observers worry that the method of getting there will create tensions with other countries. We can describe this vision, at least in part, as a nationalist vision in that it seeks to effect national rejuvenation to correct the wrongs of the so-called “Century of Humiliation.” This impulse is not limited to China. While each country’s situation is unique, it is striking how many countries around the world today are seeking to “make our country great again.”

Think about a key element of the great economic transformation that the government is seeking to create, the “Made in China 2025” campaign to build a high technology economy at the top of the global value chain. This aspiration has raised worries in other economies that they will be left behind, and this worry is a key driver of the current trade tensions. Some in China take these tensions, for example the ZTE case, as evidence that China should become more self-sufficient. But it is difficult to see how this strategy can work in the medium term. After all, “Made in China 2025” presumes a global market for the high-tech goods the Chinese firms of the future will produce. Even though the Chinese market is vast, no company can claim to lead the world if its products are not adopted abroad. “Made in China 2025” must not only be “sold in China.” This means that China needs open markets to succeed, and over-aggressive attempts to become self-sufficient in all aspects of the supply chain will undermine this goal.

The other most important economic issue facing the Chinese government right now is financial regulation and debt. For China, this issue is particularly important given the aging demographic profile of the country. As the country ages, assets need to be invested wisely. This is one of the motivations for the “One Belt One Road” initiative, to have a productive channel for Chinese capital to be invested. These assets must be invested wisely to ensure a viable return, and this requirement makes China more dependent on the choices and actions of economies that host Chinese capital. A framework to manage outbound capital in a sustainable way is therefore needed, which will surely require international cooperation.

Next, consider an even more sensitive and difficult issue – the matter of security. Last month China launched its second aircraft carrier, the first aircraft carrier made in China. Today China has a more assertive foreign policy vis-à-vis its neighbours than it has been in previous decades. China has 13 borders, and it has 18 ongoing border disputes with its neighbours, so there is an obvious need for security. But the difficulty is that any country, when making security choices, has an impact on the security choices that other countries make. In international relations we call this the “Security Dilemma”. If China increases its military, other countries will surely follow suit. In this way, it’s impossible for any country to guarantee its security alone. Instead, international cooperation is needed to ensure that any increase in my security will not compromise your security, and vice versa.

The other important issue that is very close to my heart is the environment. A city like Hong Kong faces very difficult environmental choices, some of which can be dealt with by Hong Kong itself, but others, like transboundary air pollution or climate change, require cooperation to acheive. If Hong Kong is not able to get others to act, the city’s own prosperity and livelihood will be affected, and so international cooperation is essential. The same is of course true for China more broadly. For all of these reasons, achieving the Chinese Dream requires effective global governance. But there is a risk that overly nationalist policies directed at achieving the Chinese Dream will undermine global governance, making the goal harder to achieve. To understand how to proceed, we must understand the current challenges of global governance.

The World is Changing

The existing system of global governance is going through a fundamental change. People often speak about the end of the “Liberal International Order”, the system we created after World War II beginning with the United Nations, the international economic institutions, etc., that integrate and help manage our world. The globalised world is a product not just of technology but of the political choices we’ve made where we and locked in through domestic and international institutions. Growing institutionalization begat more globalisation, which created more interdependence between countries, thus creating more need for international institutions. This cycle, which my co-authors and I call self-reinforcing interdependence, profoundly deepened globalization over the past decades.

The risk of any dynamic system is that it will eventually undermine the conditions for its own success. It’s harder to cooperate on a global level now than it was in the past, leading to a general condition of “gridlock” across many areas of global governance. Take, for example, the complexity of issues like trade. Trade used to concern issues of tariffs, borders, import duties, and inspections. Now, trade is about health standards, intellectual property rights, procurement law and rules of origin. It’s harder to cooperate because the issue penetrates more deeply into domestic policy choices. We also have the inertia of the past 50 or 60 years of global governance. The world is also more fragmented - there are regulatory gaps that overlap that are difficult to resolve. The system has also become much more multi-polar. The global economy has allowed new economies to come in to play much bigger roles and that means it’s harder for more diverse countries to agree.

There’s a real irony here because even though China needs effective global governance, China is also part of the process of gridlock that is challenging the current the global system. For example, it is incontrovertible that the de-industrialisation of the United States, the difficulty for rural workers to find manufacturing jobs, is one of the most important drivers of the current trade war. This change in American politics is also partly due to the so-called “China Shock”, the shift of manufacturing from Western countries to China, especially. My point is not to assign blame, but to recognise that these conflicts are not from two separate causes but from one global process that affects all the parties involved.

By the same token, because this challenge is shared, it also creates the possibility of cooperation. Cooperation is never easy, but recognizing the basis for it is an important and powerful first step.

The nature of cooperation is also changing. We live in a time not just of gridlock, but of extraordinary innovation in global governance. For example, in climate change. Countries came up with new pathways to decarbonisation in Paris in 2015, creating a catalytic regime. I am happy to say that the city of Hong Kong has been a leader in this process, in some way, as a key member of the global network of mega-cities called The C40 (Cities Climate Leadership Group). Thorugh this organization cities reduce emissions to help create conditions that allow many more cities, but also countries and other actors, to also take a more pro-active stand. New kinds of actors can play really productive, innovative roles in a seemingly difficult international system.

In China, we see a lot of thinking now going into this idea. What new forms of cooperation can China contribute to the world? The One Belt One Road initiative is an excellent example. Will this initiative contribute to gridlock or help us move beyond it? These are the kinds of critical questions we must address if we are to make sure that a changing China, in a changing world, is going to be a change for the better.

Roles for Kwok Scholars in these Global Challenges

What role can we, as mere individuals, possibly play in solving these very difficult global challenges? You in this room have an important role to play. Having the privilege of learning about how the world works gives you the ability to shape these changes, but also a duty to do so. And, importantly, you are not just one person, you are part of this family – the Kwok Scholars Association. You are also part of a larger community of people from every country dedicated to improving the state of the world. Even though China is big and you are individually small, collectively we are big. The generation born after the 80s, the so-called “millennials”, are the ones who have been born during China’s reform and opening, and we will be the ones who have to see it through to the conclusion. It’s a big challenge and you have to be part of the solution. These efforts must take place both inside China and beyond it. Like Hong Kong, the Kwok Scholars are a bridge that will help make sure that a changing China will be good for the world and a changing world will be good for China. I thank you for dedicating yourselves to public service. I thank Mr. Kwok for his vision in investing in the next generations of transformational public leaders. I hope there will become more many generations to come. I wish you all good luck.

1This conceptualization draws from the journalist Bill Bishop’s writing.

Dr. Thomas Hale is an Associate Professor at Blavatnik School of Government at the University of Oxford. His research explores how we can manage transnational problems effectively and fairly. He seeks to explain how political institutions evolve to face the challenges raised by globalization and interdependence, with a particular emphasis on environmental and economic issues.

Dr. Hale is a frequent speaker and contributor in seminars, conferences and publications in climate change. He has been named as one of the Top 30 Climate Change Thinkers and Doers.His books include Beyond Gridlock (Polity 2017), Between Interests and Law: The Politics of Transnational Commercial Disputes (Cambridge 2015), Transnational Climate Change Governance (Cambridge 2014), and Gridlock: Why Global Cooperation is Failing when We Need It Most (Polity 2013).

Professor Hale also talked about what makes the Masters of Public Policy program at the University of Oxford unique, the classes he teaches and how Blavatnik School of Government prepares Hong Kong students for a career in public policy. Watch Professor Hale’s interview video for details. 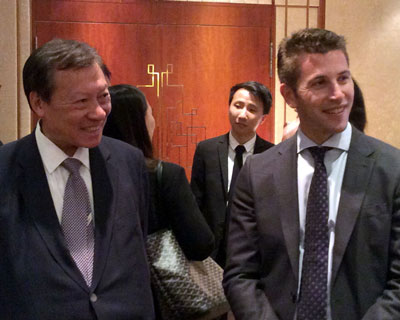 Dr. Walter Kwok Ping-sheung and Professor Thomas Hale, on 16 May 2018, in Hong Kong