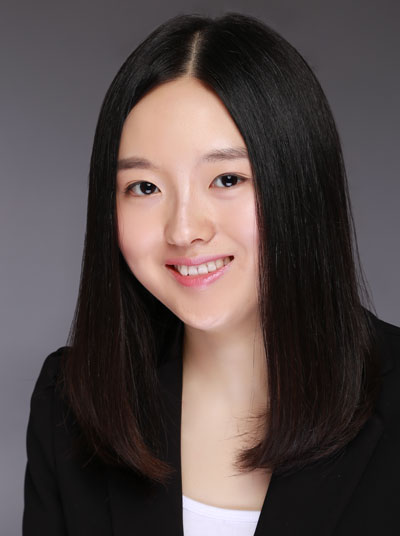 The End of Non-Interference?
Challenges and Remedies for China’s International Aid Policy

The “non-interference” principle has been regarded as a distinctive feature of the “China model” of international development finance as compared to the “Western model” of conditioned money. However, accompanying China’s contradictory application of the “non-interference” in Sudan in the 1990s and its more recent activity of constructing military base in Djibouti1, many started doubting whether the “China model”, despite its consistent rhetoric emphasis on the “non-interference” principle, is no more than just a sugarcoat of a pure mercantilist strategy for domestic development.

To understand “non-interference”, it is indispensable to look into its historical context. The principle was first proposed in 1954 as part of China’s Five Principles of Foreign Policy. It was further elaborated in The Eight Principles of Chinese Aid, put forward by the then Premier Zhou Enlai at Accra in 1964, which states that “the Chinese government strictly respects the sovereignty of the recipient countries and never asks for privileges or attaches any conditions”2. During that period, China’s priority was to avoid any international conflict and focus on domestic development. Therefore, the “non-interference” carries with it an implicit condition of “mutual non-interference” which suited China’s needs to both remain independent and reach out to other countries for international recognition3.

There are at least two reasons behind China’s creation of “non-interference”: ideologically, it provides an alternative of “national sovereignty” and “equality of countries” to the US-led international institutions; on a practical front, this alternative helped China open doors and build diplomatic ties with other countries. Put it simply, the “non-interference” was established at a time when China lagged way behind in terms of economic, political and military power to set its own conditions in the international aid regime.

Though ideologically appealing, how did it apply in reality? Chinese aid to African countries began on a large scale in the mid-1960s and has offered to 26 countries4. The largest China-funded project is no doubt the TanZam Railway starting in 1965, when China’s per capita income was less than half of that of Zambia5. Despite domestic difficulty, all the financial terms discussed in the aid package were favorable to Zambia, including interest free loans and ten-year grace period in repayment. The then Tanzanian President commented that “they [the Chinese government] have never at any point suggested that we should change any of our policies – internal or external – because of their help with the railway”6. As a result, these foreign aids has helped China widely establish diplomatic ties with African countries, and consolidated China’s international recognition as a sovereign state. The “non-interference” principle also managed to break the isolation of China and extend its influence to the “Third World”.

During this period, geo-political interests formed the basis of the use of “non-interference”. From 1956 to 1987, 62% of China’s overseas development assistance has gone to Africa, which was mostly a result of China’s competition with the Soviet Union over influence in this region7. From the recipient countries’ perspective, the Chinese aid is also attractive on political ground: comparing to the various conditions imposed by the US, the Chinese aid offers a complete package that not only involves non-conditioned money and technology transfer, but more importantly, its “political influence on bodies like UN Security Council” to protect the recipient countries from economic sanctions8. Put simply, the convergence of political interests between China and the recipient countries has given rise to a symbiotic relation, which consolidated China’s adherence to this principle in the years that follow.

In addition, there are also geo-economic reasons supporting China’s “non-interference” principle. To a great extent, China’s international aid is driven by an inward need of domestic economic development comparing to the US’ outward need of “international system maintenance”9. On the one hand, the implicit “mutual non-interference” has helped China focus on its domestic economic development. On the other hand, by exporting Chinese products in these recipient countries, the “non-interference” assisted the Chinese manufacturers with domestic overproduction. Unlike the US government which, despite its operations based on realpolitik, is constrained and supervised by mature and active civil society on norm-enforcing, China is absent from such constraints and therefore is more capable of forging “conspiracy” with parties or governments in recipient countries.

In short, the “non-interference” principle is largely an element of China’s geo-political strategy, which serves its geo-economic interests10.

However, the downside of “non-inference” means that China can do little to secure its own international investment once they are exposed to risks. The first risk involves corruption when China has to bear an “added cost” of graft in the middle of the money transfer11. Second, when operating in politically instable countries, China also faces risks of political turmoil or civil wars.

The constraints of “non-interference” to handle risks have led to China’s shifting applications, which can be best elaborated through its politicized oil development in Sudan. Although China was uncertain about the National Islamic Front (NIF)’s Islamist politics initially, it later cooperated with the Government of Sudan with reduced loan rate in 1995. On the surface, China’s operation in Sudan was regarded as a state-supported economic engagement under the principle of “non-interference”. In reality, it was intertwined with Sudan’s domestic politics, ongoing civil wars and its international isolation. For Sudan, China is a more desirable political partner and served as a means to consolidate its political and military foundations and to circumvent US pressure12. Therefore, as Daniel Large argued, the “non-interference” was applied contradictorily to “support business as a form of applied politics”13.

The growing political complexity of Sudan and the international condemnation China faced have challenged whether China can consistently adhere to its “non-interference” principle in a longer term. Following that, whether the underlying condition of “mutual non-interference” can be fulfilled by the recipient countries has more profound implications on predicting China’s future compliance to this principle.

The case of Sudan also challenged whether it is indeed possible to uphold “non-interference” in international aid. On an ideological level, as many China studies scholars including Nathan would argue, China’s “non-interference” principle has presented a different approach of state-centric development which works well in the context of China. However, in reality, the case of Sudan proved that oil-fuelled economic development only benefited political elites while rendering the citizens problems such as resource over-extraction and lack of labor standards.

Looking beyond, it is worth noting that the challenge China has faced, in its norm setting and enforcing process of promoting “non-interference”, is also the challenge of the world in its changing understanding and evaluation of international aid. As Roger Riddell forcefully argued, international aid is effective only if it fulfills three critical conditions: that it not only achieves its immediate goal, sustains the local development, but more importantly that it does not add to the systemic problems in the recipient country14.

In light of these standards, China’s “non-interference” principle can only be applied in a strategic way so as to work towards the mutual benefits and collective future of the citizens on the ground, instead of consolidating the state-state or/and party-party politics.